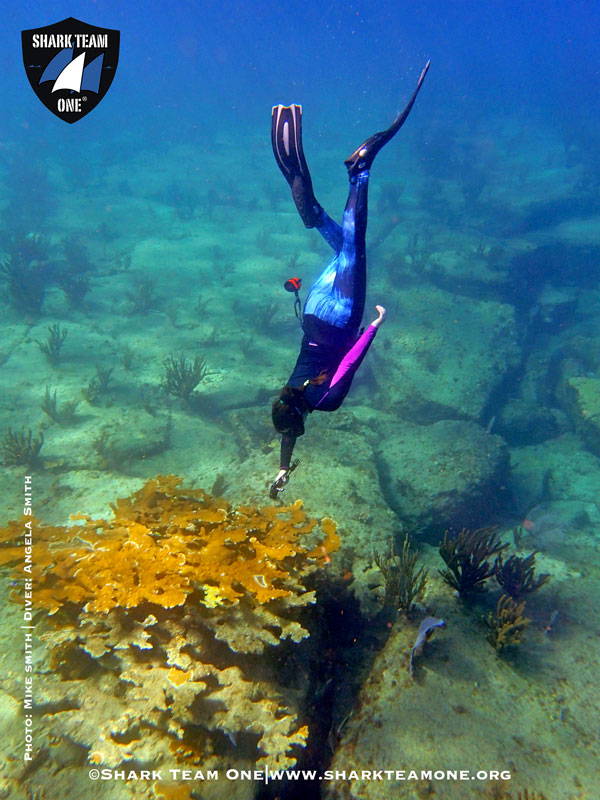 ANGELA SMITH IS TRYING TO SAVE THE OCEAN.

“I guess you could say the ocean is in my blood.”

Smith’s passion for the environment can almost be described as genetic. Her family gravitated towards the water, putting down roots on the coast of Maine. She’d cart around a stuffed dolphin bigger than herself as a tiny kid. On her dad’s sailboat, she learned everything there is to know about the water before taking off and sailing the world on her own.

“The ocean is fascinating, there is so much left to explore, yet sadly so many species are in dire need of help,” said Smith.

So it comes as no surprise that Smith’s racked up a long list of accomplishments in conservation. She is the founder of Shark Team One, the Vice-chair of NGOs for the Southeast Florida Coral Reef Initiative, leading a Microsoft AI for Earth project and has been nominated for the 2020 Indianapolis Prize in conservation, to name a few.

Her work started with a simple article, “Pollution Concerns a 4th Grader.” And as Smith grew from a fourth grader to college graduate, those “concerns” grew too, turning into an international award-winning nonprofit organization called Shark Team One.

From policy changes like establishing long-term water quality programs to upholding various endangered species protections to educating people around the world, Shark Team One is doing nearly everything possible to make waves. And Smith is at the head of it all.

“I knew there was a need for a science-based research and expedition organization to specifically help save endangered species, so I founded Shark Team One,” she said. On an expedition in Belize, off in the deep blue water of Gladden Spit, Smith and a group searched for whale sharks for days. They found just one. Smith realized certain critical species are so hard to find because there are so few individuals left. So she decided to do something about it.

With Shark Team One, Smith now leads expeditions focused on supporting research, ecotourism and teaching citizens to be scientists out in the ocean.

“Everyone who comes into the field with us is changed in some way. Some have returned home, quit their existing jobs and started working in conservation!” said Smith. “You can’t be eye-to-eye with a sperm whale or swimming fast to keep up with a 40’ whale shark and not go home with a different attitude and somehow changed forever.”

Shark Team One has several core programs: ocean ecosystem protection, endangered whale shark conservation, shark protection, research expeditions and endangered species protection. You can request custom programming for any classroom (kindergarten through college), purchase a variety of merchandise, view incredible photography and films … and there’s even more in the works.

Needless to say … it’s a lot. And there’s a lot of work still to do. As Smith describes, the environment is interconnected and our actions have rippling effects. For example, Smith says that fertilizers running off into the ocean in Florida can impact corals in Mexico, or a ship dumping waste in one part of the world can introduce pathogens to another.

“The ocean is quite finite and fragile,” she said. “If we kill the ocean, we are killing ourselves.”

But Smith isn’t discouraged. For her, conservation is about the long haul and every success makes a difference. Four years of Shark Team One’s assessments and policy work resulted in the Coastal Southeast Florida Hope Spot, a marine protected area approved and supported by the IUCN World Conservation Congress. And it took six years for Shark Team One to help pass Florida House Bill 53 and Senate Bill 232 which created the Southeast Florida Coral Reef Ecosystem Conservation Area.

“There’s only so much one human or one group of humans can do, so the best thing to do is to take it a step at a time,” said Smith. “Some of the issues we face will take multiple generations to try to fix. “Hope” is a word that a lot of famous conservationists like Sylvia Earle and Jane Goodall use a lot and that’s a very good concept. You need to keep up the hope and continue to see the glass half full to keep striving to do good in the world.”

For Smith, there’s no shortage of hope. Looking into the eyes of a student she’s mentored that’s decided to switch careers for conservation gives her hope. Watching Greta Thunberg passionately fight for the climate gives her hope. And seeing Shark Team One grow and expand helps her hope to carry on.

“The ocean advocates of all ages that Shark Team One creates gives me a huge amount of hope,” she said. “The youngest member is 10 years old and the oldest is 82. Both of those people give me immense inspiration because it means our reach is spanning generations. It’s going to take all those advocates and generations to solve ocean issues and to get things done because the problems facing our world’s oceans are vast, global problems.”

Learn more about how you can support Shark Team One at sharkteamone.org or on social media with the handle @sharkteamone. 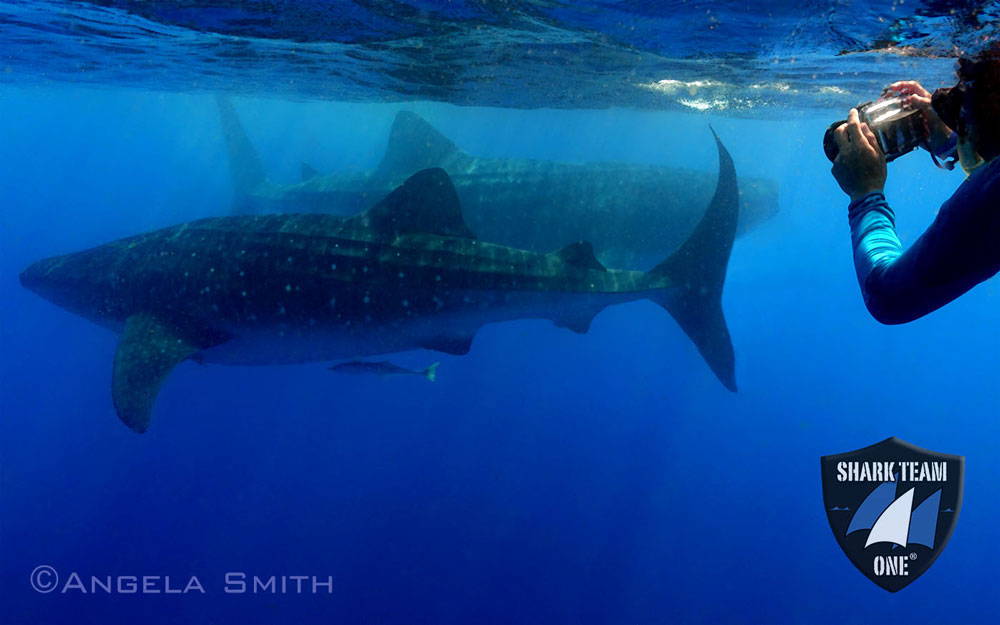